Very excited about Light Matter, the pioneering new project by Cambridge Contemporary Dance which brings lasers, movement, dance, colour and music into the Senate House, the University’s august and elegant central hall which normally echoes only to the sound of Latin intoned by gowned Dons.  Their show will spin off from some of the key themes of the University’s 800th Anniversary Celebrations this year, and in particular, takes its focal image from Newton’s work on optics. 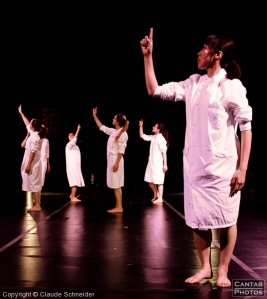 See this short youtube video about it. Along with composer Ewan Campbell, I’ve been commissioned to write a new piece exploring this theme.  I’m working with choreographer Isobel Cohen, and Ewan will work with Katie Green, and the dances will be performed by members of CCD.  Both nights have sold out. These are big shows, involving a huge number of people working together, and they have really pulled the stops out. They’re definitely going to end the celebrations with a bang.