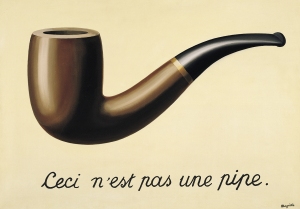 A little while ago I was asked to write a new piece for organ with live electronics.  I’ve written for electronics before in pieces such as A Sudden Cartography of Song, the Magnificat for St Catharine’s College and Ouija.  But all the electro-acoustic tracks in these pieces are prepared and assembled in advance; the live processing in this organ piece will be something new for me.  It’s something I used to feel wary of, ever since seeing an excellent performance of a new piece by Philippe Manoury performed by a team from IRCAM, the state-of-the-art research institute in Paris blessed with fabulous resources and almost unlimited funding.  Even they ran into a glitch a few minutes into the piece, had to stop the performance while their boffins emerged blinking into the daylight and tapped away at computer keyboards for 10 minutes or so, before going back to the beginning and starting again.  (As I say, once we’d got past that, it was excellent!)  This was a few years ago, and at that time live processing had a justified reputation for running a very high risk of things going wrong. But of course technology has raced on, even in the few years since then, and everyone advises me that there’s no longer any great need to worry.

It’s important to me that if the sound transformation is live, it should sound like it’s live.  That may seem obvious, but to be honest, quite often, it’s not at all obvious to a listener that it’s live – similar effects could perfectly well be produced by preparing the electro-acoustic element in advance.  Telling the audience that the sounds are generated in real time raises expectations of a kind of flexibility, spontaneity and in-the-moment drama, but even when these qualities are felt in what you hear, it’s also the case that a well thought out system of cueing prepared material can achieve an equally spontaneous, dramatic, responsive.

I’m only starting to develop my ideas for this piece, but I think incorporating some very free, improvisatory rhythms and shapes into the live organ part, and then making them determine the shape of whatever is transformed electronically – in an audibly similar way – will probably be crucial to making the ‘liveness’ as immediate as possible.

I needed a title, and was thinking of how electro-acoustic treatments of live performance can have (often in a good way) a feeling of the magic trick or the illuisionist about them.  By chance I had been talking with a friend a few days earlier, about Magritte’s famous picture La trahison des images (The treachery of Images), better known by the words written at the bottom of the picture – This is not a pipe.  The aim of my new piece is that it should be full of intriguingly, ‘magically’ impossible transformations of familiar pipe-sounds, but that it will also be very upfront, unmysterious, about what it’s doing. If a little of Magritte’s mischievous sense of humour rubs off on us too, so much the better…