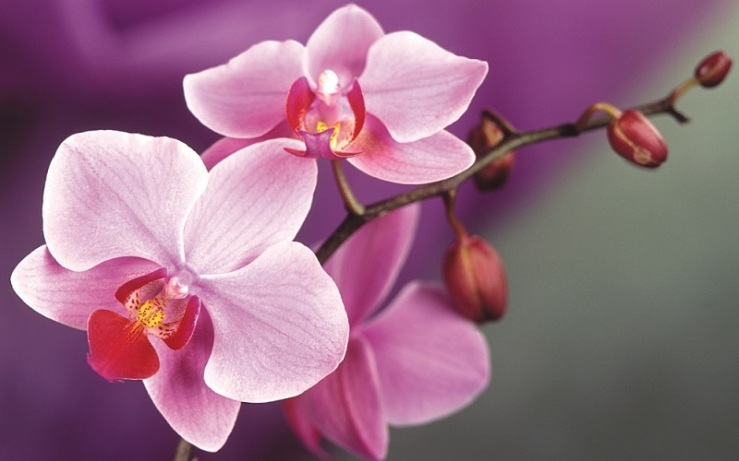 My first encounter with the 8-cello group Cellophony was via their website, where I heard their amazing performance of the prelude to Tristan and Isolde.  It is so rich, so full and so completely satisfying in sonority and expression that you start to wonder what other highpoints of orchestral music ought to be arranged for cello octet.  See if you feel the same…   http://cellophony.net/

So I was very excited to be invited to write a piece for them for their concert in the 2015 Cambridge Summer Music Festival.  Still reeling from their Tristan recording, my thoughts floated the direction of something sensual, perfumed, exotic, and soon I had a title, Orchid.  (This was one of those times when the title and the general ‘feeling’ came before the actual music.)

The actual music followed fairly quickly and without too much struggle.  I was keen to explore the extreme delicacy and fragility of an orchid, as well as the heady scent and langorous curves.  The cello is an instrument of almost unlimited range, in terms of notes, of intensity or loudness and softness, of texture and timbre…  So it was fun to write, and I soon found that 8 cellos is enough to do almost anything – it does feel a bit like writing for an orchestra.

Cellophony play at the Cambridge Summer Festival on 1 August at 3.00pm.