As you approach the village where I live, just north of Cambridge at the edge of the fens, there’s a moment when you see two church steeples straight ahead in the distance. In fact, one of them is in my village and the other in a different village a couple of miles further away, but the flat fen landscape undoes any sense of perspective and it looks as though they simply stand side by side. As you continue up the road, the two spires slide smoothly towards each other, closer and closer, til they touch, and then with a silent ‘snap’ become identical, a single spire, crisp and clear. Then the image begins to blur again, and slowly the two steeples separate and slide apart. It’s a simple effect, easily explained, but magical when it first catches you, unawares, and still magical if, as I sometimes do, you deliberately slow down and look out for it. The exact point of union is a moment of freedom, of suspension; you don’t breathe. You’re poised on a perfect straight line running through the two steeples, and for as long as you balance on that tightrope gravity has no hold.

Not long ago I was trying to get going on a new Piano Trio (strangely, my second this year, though I’ve never written one before in my life but have often thought of doing so).  As with the violin piece Ouija which I wrote last year, the commission challenges me to find some way of drawing out improvisations from the players, within the composed design of the piece.  But it’s different from Ouija, partly because I’m determined to approach the problem in as different a way as possible so that I don’t repeat myself, and partly because the challenge is different – in Ouija there was one solo performer improvising, and my means of shaping and guiding the player were both the score and the electro-acoustic tape part (which is a powerful way of guiding certain kinds of musical direction without words, almost subliminally) .  Here in the trio there are no electronics, so everything must be prompted by the score.  (Of course, it’s also shaped by our work together in rehearsal, and this will affect the resulting piece significantly.  But in the end, I’d like it to be possible for sympathetic performers to realise the piece in their own way from the score alone, in my absence.)  The other important difference is that now there are three performers, so the relations between soloist and tape in Ouija, complex as they are, start to seem simple by comparison with the three-way interactions between three musicians all thinking, reading, listening and playing together in real time. I had got stuck on how to ‘compose’ improvisation with Ouija before I eventually solved it, and I got stuck again trying to find a different answer to the problem with this piece.

Eventually I realised that the steeples were what I was looking for.  I began with fully composed material which reflects a scene at subtly shifting points of perspective, perhaps a little like Monet’s serial studies of rocks or haystacks, or Rouen Cathedral.  But then the piece slides into a moment of ‘eclipse’, and one of the players finds themselves free and weightless, improvising.  After this I abandon any literal idea of steeples but retain the idea that double images in shifting perspectives move at various important moments into synchronicity and coincidence, and when they do, someone is freed to hover, suspended, in improvisation. When I first saw the spires I was vaguely aware of but hadn’t actually read a well-known passage in Proust’s novel Swann’s Way where Marcel sees two spires shifting and glinting, suddenly joined by a third. Unlike my fenland spires they don’t touch, but even in their slow hovering dance Proust finds a kind of awakening, an epiphany.

My trio, Steeples Eclipse, was given a marvellous first performance by Tom Poster, Tom Hankey and Guy Johnston of the Aronowitz Ensemble a few days ago, in the Cambridge Summer Music Festival.  It was fascinating working with these three fantastic players on it, hearing the improvisations take shape, and trying to find the right balance between explaining the kind of thing I envisaged, while leaving them as much room as possible to do it their way, and make it their own.  The performance was wonderfully intense and I was delighted by the way that the composed parts led seamlessly into the improvisations and the conviction and spirit with which these were brought to life.  I look forward very much to hearing the same group give a second performance in Oxford in the autumn (date tbc) and after that, in London.

In my book titles are a good thing. I mean titles offering some specific, memorable, poetic or visual image. Whenever I can, I like to give a piece this kind of title: it can be a valuable catalyst for the listener’s imagination. Occasionally, the phrase or image of the title was actually my own starting point when I wrote the piece: I found the phrase or image and decided that I would try to write a piece in response to it. More often what happens is that I start writing a piece, gradually its musical character coalesces, and then, either part-way into the process or sometimes right at the end when it’s finished, I think of a title that feels apt and helps to crystallize some aspect of what I’m doing. 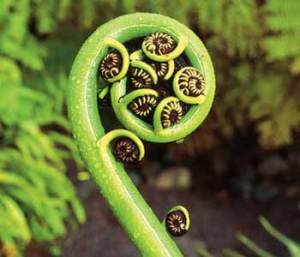 But what I’m doing remains, ultimately, a musical thing. The title may help to fire a listener’s imagination, but what that imagination really works with is the experience of listening to the music. If the imagination works with that experience in a direction entirely different from what the title seemed to suggest, that’s fine. And sometimes the axis of musical ideas, relations and sensations of a given piece doesn’t suggest to me any particular image or phrase, so I reach for a generic title, which might situate the piece within the particular history and expectations of a genre – Nocturne, Fantasia – or merely delineates the ensemble it is written for – Trio.
The piece I wrote last month is one of these. It is a Piano Trio – for violin, cello and piano – and I wrote it for two musicians with whom I’ll be giving the first performance in Valenciennes, France later this month. Perhaps the preceding paragraph suggests that it’s completely abstract, but it’s not really. I can find words which hint at what the piece seems to mean to me, but they’re not words that I’ve been able to develop into a convincing title.

I started with an idea, or perhaps a gesture might be a better way to describe it. For a while this gesture repeats, unfurls, expands, before quite soon leading to something quite different, which has a definitive, summarising, conclusive quality. It does not unfurl, it asserts and stops, and that left me, only one minute into the piece, in an odd place. From the beginning up to this point the flow of events seemed right, necessary, but the place this led me was one which for a long time I could not escape. Or rather, I could escape – I wrote one draft of the following section quite quickly, at some length, and then another, quite different – but in both cases, I found that having escaped I could find nowhere compelling or worthwhile to go next; all the escape routes seemed to run into the sand. It took quite a while of being stuck before I found a way out that seemed to pick up the narrative energy of the piece and tempt me (and the listener too, I hope) to go on. (In the end it turned out to be a version of the second of my two failed escape routes, whose beginning I had always liked – it was the continuation which proved tricky.) The continuation works with the new idea (the ‘escape’) for some long time before eventually arriving at back the opening gesture, changed of course by its new context. And from there on all three of the main ideas continue to reappear, with an increasing sense of ‘unfurling’, opening out.

All this could be applied quite precisely to my trio, although I admit that in a general way it could probably be applied to thousands of other pieces of music, too! So the ideas that I would have liked to encapsulate in a title included the idea of unfurling, but also of leaving something alone and chancing upon it later, and and finding that it has unfurled in the meantime, without our being aware of it. And also, the feelings of implication and causality that can so quickly spring up between two or three initially quite unrelated ideas, and the endless possibilities of play that they offer. You can see how I failed to find a short phrase that would hint at all this.

Often, when looking for a title, I leaf through poetry, and look at paintings and pictures. When I had finished this trio I read through some poems by John Burnside, a favourite poet of mine, whose language is so clear and translucent, and yet finds an extraordinary weight in the simplest things. And I did find something that seemed relevant in a way – the opening line of the wonderful poem Koi, and in fact, the first line of the whole book: ‘The trick is to create a world from nothing.’ This is a lovely poetic encapsulation of both the idea of unfurling, and of the endless possible relations that can be teased out between two or three simple ideas. But it seemed too grandiose to take as either a title or an epigram for the trio – to create a world: one can claim that of the Ring cycle, of a Mahler symphony, but the unfurling in my trio, all 8 minutes of it, is rather more modest.